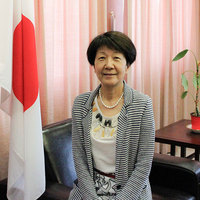 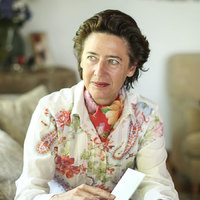 No One Is Left Behind

What does connect us? What are the challenges ahead? Refreshing summer interview with the Finnish Ambassador to Hungary, H.E. Markku Virri on success, family, trust, cooperation, and basic values... 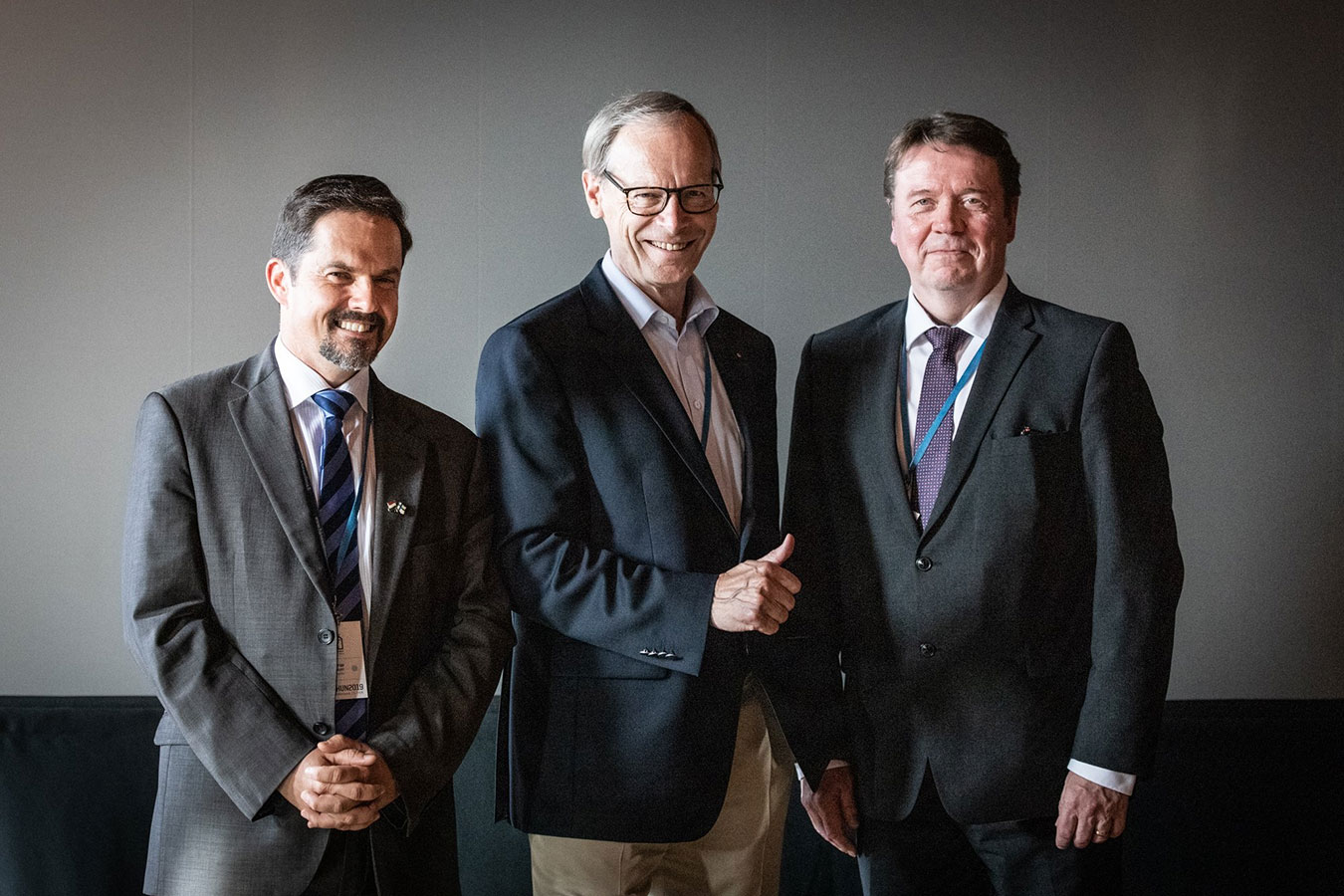 With György Urkuti, Ambassador of Hungary to Finland and Pertti Torstila, former Ambassador of Finland (June 2019) (Photo by Miika Kangasniemi)

The Formula of Success

My articles include thoughts and stories by authentic personalities (ambassadors, attachés, and other members of the diplomatic corps, as well as well-known and respected persons) who carry out their jobs as a true mission to build and develop international relations in the interests of fruitful cooperation. One of them is the Ambassador of the Republic of Finland to Hungary, H.E. Markku Virri, who is taking us on a journey through the mysterious and exciting world of diplomacy.

Your Excellency, would the mathematician in you please explain the formula of success in public service? Where does your passion for international relations derive from? Which multipliers or factors are essential for being authentic?

If I should name the common denominator between mathematics and public service, it would be accuracy. An ambassador is always a mediator between his home country and the country where he is posted to, so in my case Finland and Hungary. Our embassy is in tight connection with our Ministry for Foreign Affairs of Finland, we get their instructions and exchange information. We cooperate daily or even several times a day on different issues.
In my view, it is a basic requirement for performing successfully the ambassador’s task to follow the instructions we get. By doing so, I think, I represent my home country authentically. In order to be authentic, I also consider very important to know Finland and the Finnish society deeply, with both the positive and the negative aspects. 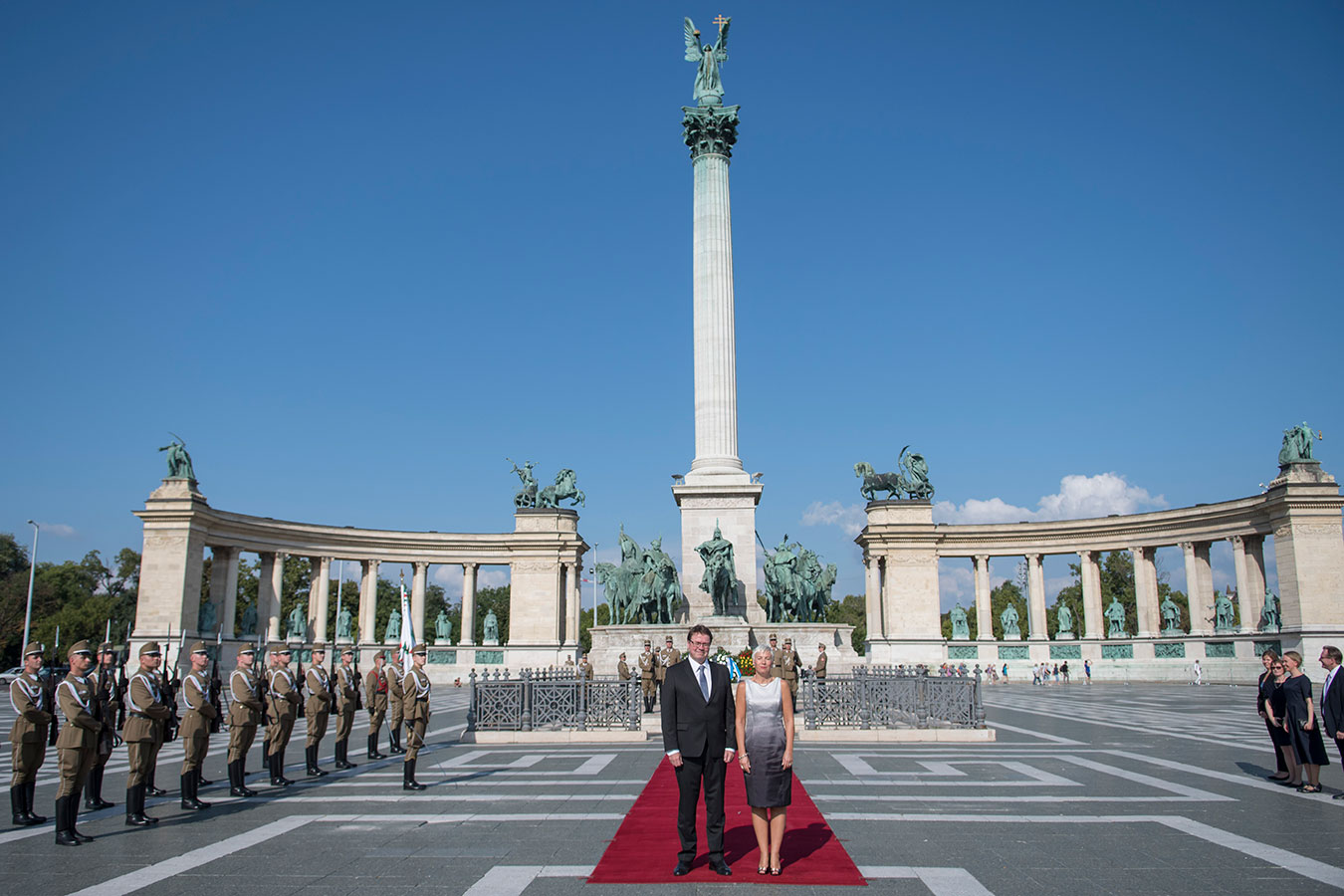 How much is the family life affected by changing your position and moving to another country every couple of years? What are the main challenges?

This is my 6th diplomatic post during my carrier in the Ministry for Foreign Affairs. My first diplomatic posting was in Brazil in the early 1990s. Then we went to the Netherlands, after which we went back to Finland for 5 years. I was posted to London in 2003, followed by Ottawa, Canada. Then back to Finland for 4 years. In 2014, I was appointed Ambassador to Brazil where we stayed for 4 years.

My post here in Hungary started in September 2018. Of course, our family life has always been affected by the movings. I think all diplomats who have families know what I am talking about. For us the biggest change now was that our daughters have not moved with us to Budapest. However, one can think that it belongs to life, they have grown up and we are happy that they manage on their own. They would probably live on their own even if we lived in the same country.

+++ Do not miss other interviews and reception reviews. Click the KÖVETÉS button… +++

From Brazil to Budapest

What cultural and social differences did you experience when changing the location from your previous mission, far away in Brazil, back to Europe, actually, to a country that has close ties with Finland?

It always takes a while until you get used to the new environment, the new culture, and the way of thinking but, as I mentioned, this is our 6th post, so I already have some experience on it. Brazil is of course very different from Hungary: The size of the country, the climate, people’s temperament, just to mention a few issues. It was not easy to leave Brazil as I spent there such a long time and I have quite a few friends there.
A huge advantage in Hungary is that we are closer to Finland, so it is possible to visit our home country much more frequently. One of the things that surprised me here very positively is that so many Hungarians speak Finnish. I continuously come across people who can say at least a few words in my mother tongue. I have to admit that it is flattering. Until now, I have had a lot of work and settling down took its time, too, but I am happy to announce now that, recently, I have had my first Hungarian lesson. 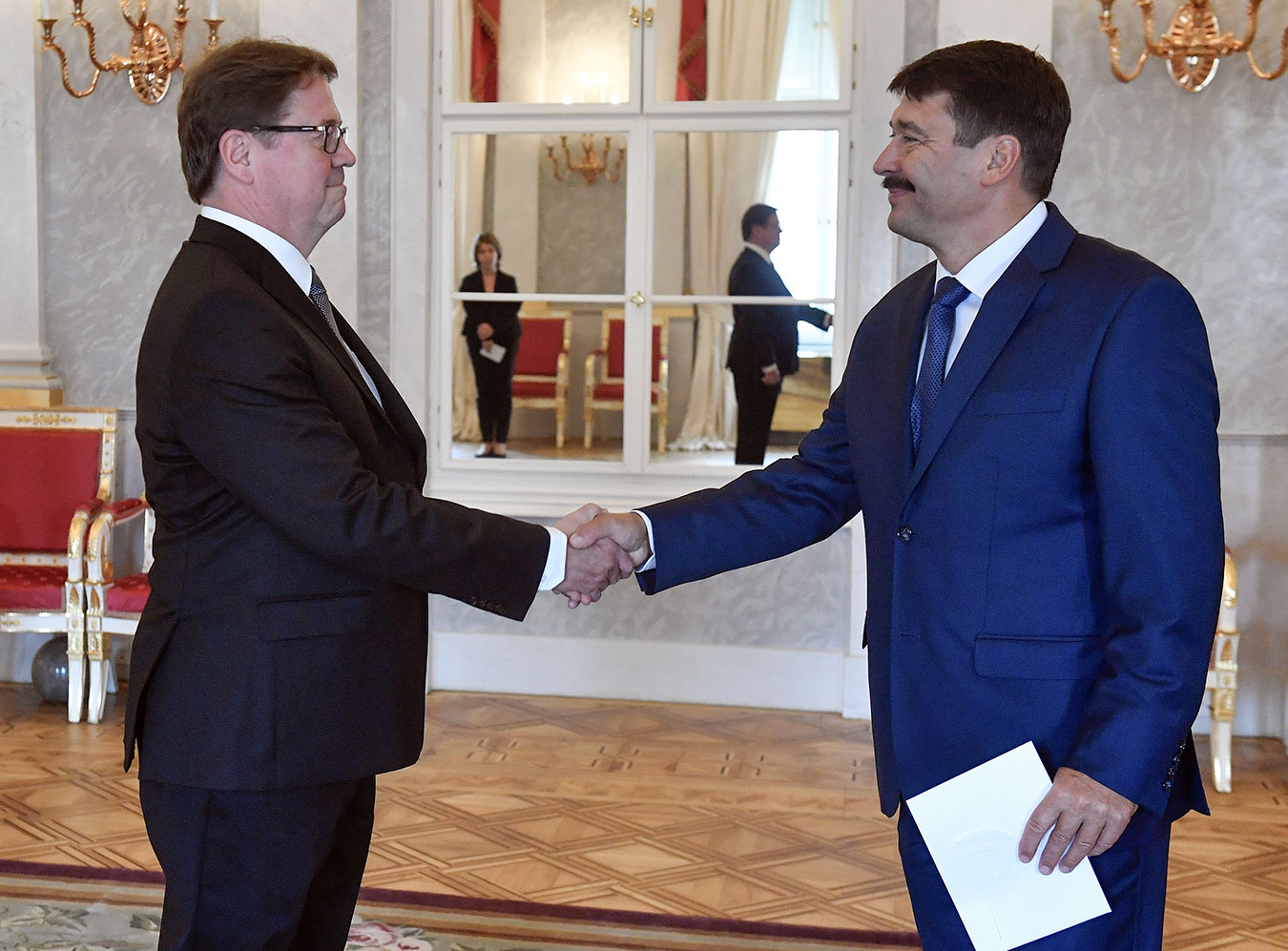 This is not your first time in Hungary. What childhood memories are being replenished? How much has changed since then from your point of view? What is it like to actually live and work in Budapest?

Yes, in fact my first time was at the age of 14. I cannot recall much of that visit, except for Balaton and the spas in Budapest. After that, I have had a chance to visit Hungary several times. Budapest has always been a beautiful city and interesting both geographically and culturally. Living here is of course different than just visiting, one can gain a deeper insight.
For me, it is very comfortable that we have our residence and the office in the same building. However, whenever I wish so, I find everything one can need in a walking distance. I would like to get to know the countryside, too. So far, I have made official visits to Pécs and Debrecen, but I am planning to travel to other places, as well, especially to the other cities where we have honorary consulates (in Szeged, Veszprém, and Miskolc). In addition, I have privately visited several other places. 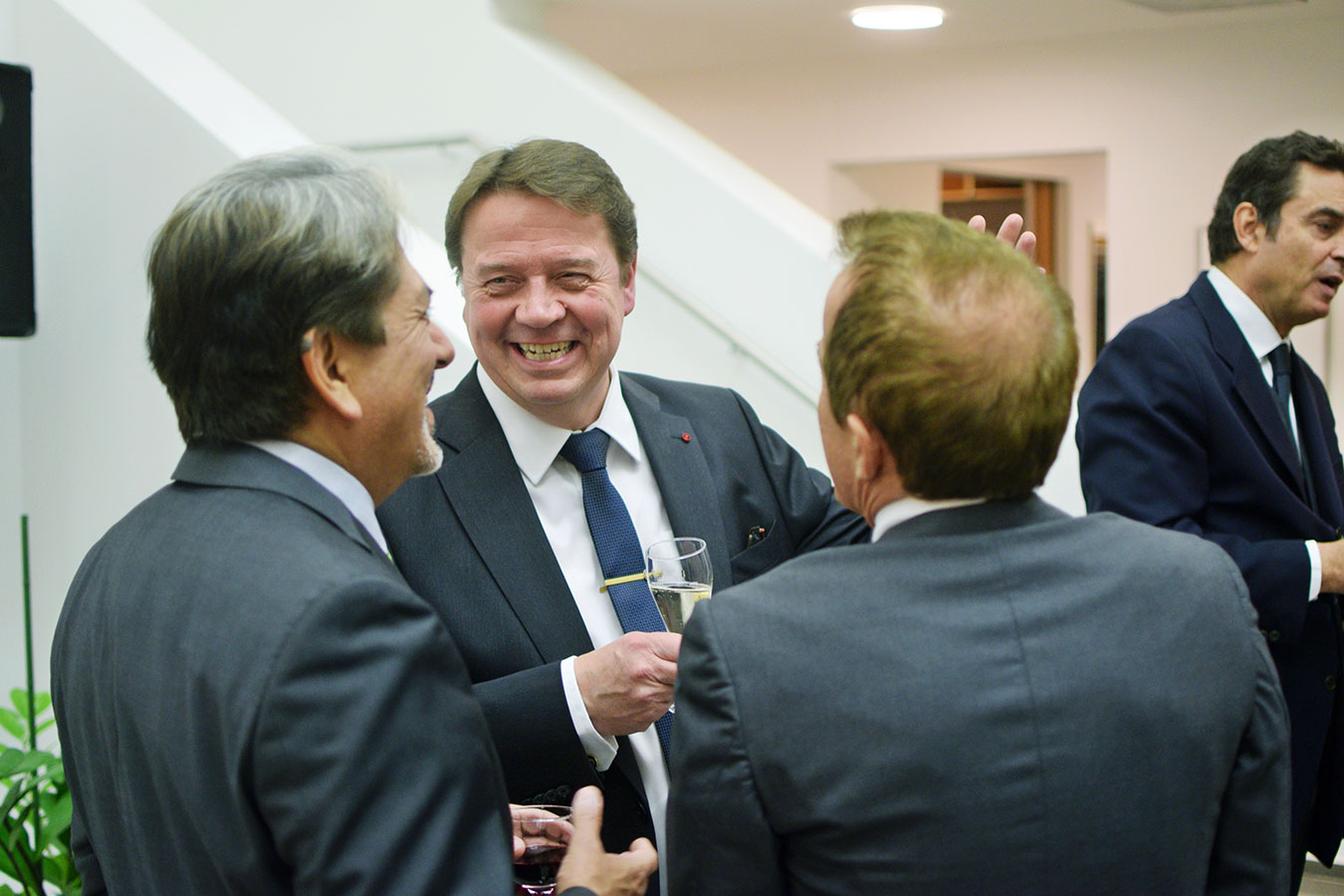 What are the main fields of cooperation between our two countries?

Of course, political and economic relations between our two countries have always been important. I also want to underline that Finland and Hungary have always had a special relationship based on linguistic relativity. There are strong connections between the two countries on all levels of society. The number of Finnish–Hungarian twin cities is around 60 and practically all bigger Hungarian cities have a Finnish partner city. There are some twin city agreements that are already over 50 years old, but there are also some very new ones, too. I was happy to be informed about the most recent agreement between the first district of Budapest and Savonlinna, subscribed in July 2018.
The big number of twin cities means also that a lot of people have had the chance to visit each other’s countries and get to know each other’s culture. There is a tradition to organise a conference, a 3-day-event for Finnish and Hungarian twin cities every three years and this year it will be held in Hämeenlinna. These conferences often deal with common projects, best practices, and possible fields of cooperation.

What priorities does your agenda for your mission in Hungary comprise?

My goal is to maintain and even strengthen the good relations between our two countries, on a political, economic, cultural, and people-to-people level. An important phase is the second part of this year when Finland is holding the Presidency of the Council of the European Union. That affects our work also here in Hungary. 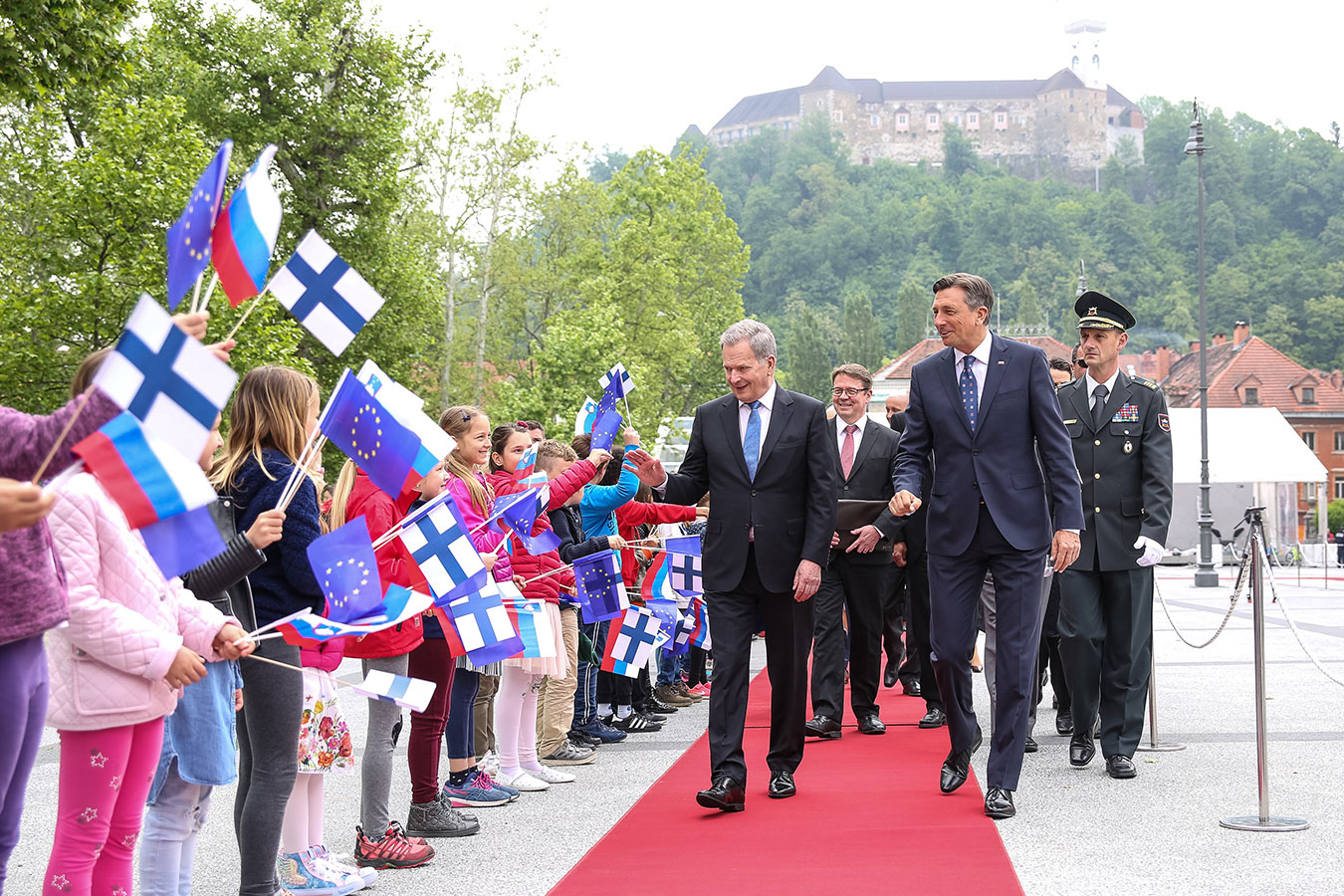 Cleanliness, transparency, trust, and quality come into my mind when thinking about Finland. What makes you proud of your homeland?

All the above mentioned, of course. We should mention still one thing: Equality – and the factor behind equality: The Finnish education system. The basic thought behind our education system is that as there are so few of us, we cannot afford to leave anyone behind. Finland’s education system offers all of its citizens equal opportunities for learning, irrespective of their domicile, gender, socio-economic status, or linguistic and cultural background. 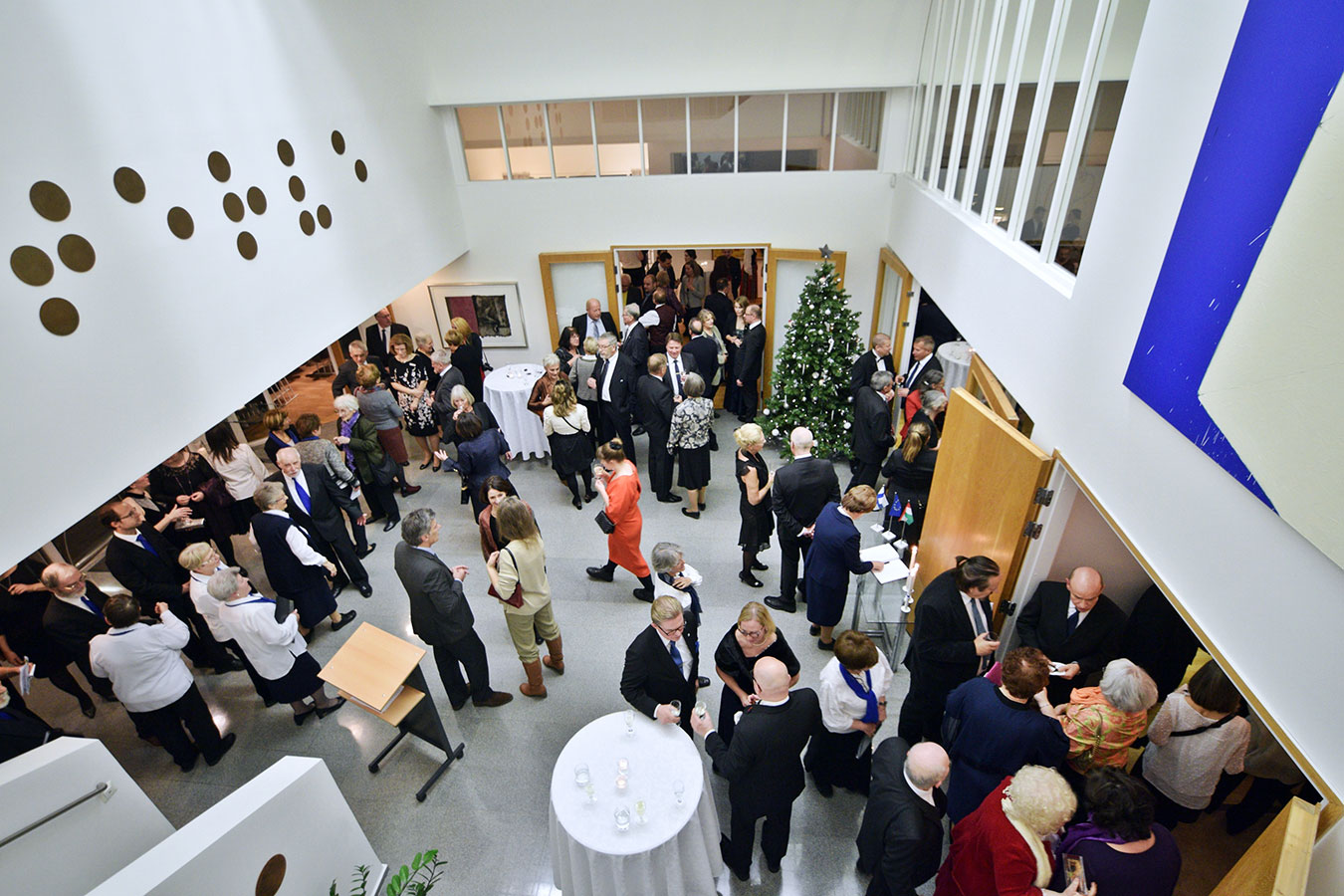 The European Union is facing a number of tough issues causing an unfortunate tendency to disintegration that is quite opposite to the very idea of its foundation. What measures can and need to be put in place in order to foster communication and integration between peoples with the same interest of providing lasting peace and cooperation on a continent torn by war and conflict throughout its entire history? How can smaller countries like Finland and Hungary go hand in hand towards unity in diversity?

Finland has been considered many times throughout the history as a bridge builder. We have always been pragmatic and tried to find solutions with our famous sisu [Finnish national concept characterized by bravery, tenacity of purpose, stoic determination, and resilience – Ed.]. Several times, we have been able to offer our experiences and best practices to other countries, too. I would mention just two most recent examples: The Helsinki Summit between President Trump and President Putin in 2018 and the activities of our former president, Mr. Martti Ahtisaari.
The Helsinki Summit was a great signal from superpowers that our country is considered reliable ground for having such high-ranking events. President Ahtisaari is world-famous for his international peace work. He has played a prominent role in solving different long-lasting conflicts. He was awarded the Nobel Peace Prize for his efforts in 2008. So being small does not mean that you are not heard. Even better if small countries like Finland and Hungary can cooperate. 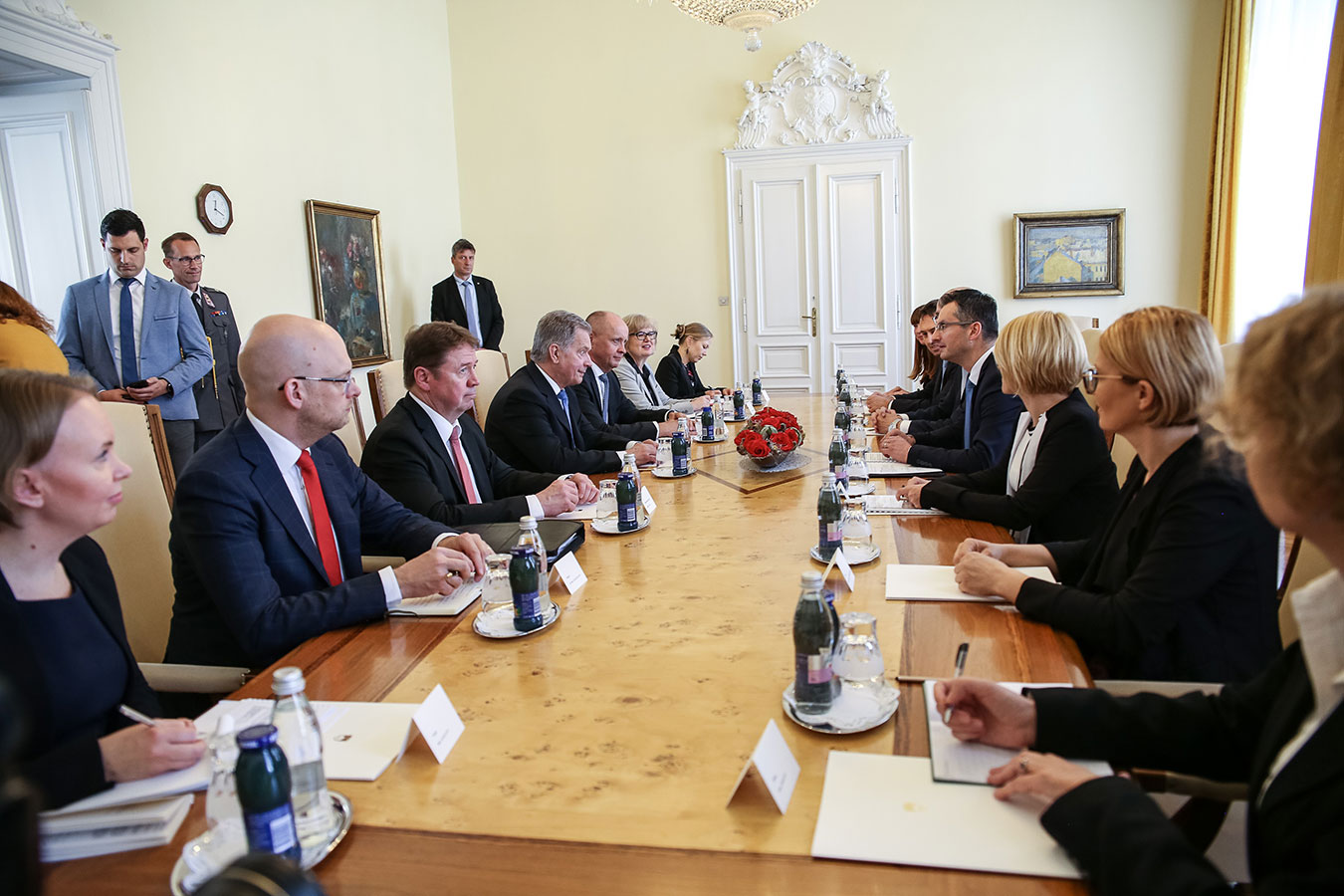 How do you recharge your inner batteries after an exhausting (series of) day(s)? How do you keep the music playing?

Unfortunately, I do not have much free time but if I have, then I read both fact and fiction. I am very much interested in history and international relations. I would like to deepen my knowledge on Hungarian history, too. By the way, also our embassy building, which has just turned 30 years old, has an interesting history. Before our present building was built, there was an old villa at the same place. It was ruined during World War II, so it could not be restored. Originally, the villa was bought by the Finnish state from a noble family that had had some debts.

What world would you like your daughters and their families to live in? What values make the vision of a thriving future come true, in your opinion?

There are two fundamental values: Security and sustainability. I hope very much that they can live their lives in a secure and clean environment. The values mentioned are highly appreciated in the Finnish society in general, too. Security and fighting against climate change will be also among the priorities during Finland’s EU presidency in the second half of 2019. I think those are values that most people appreciate, quite understandably. 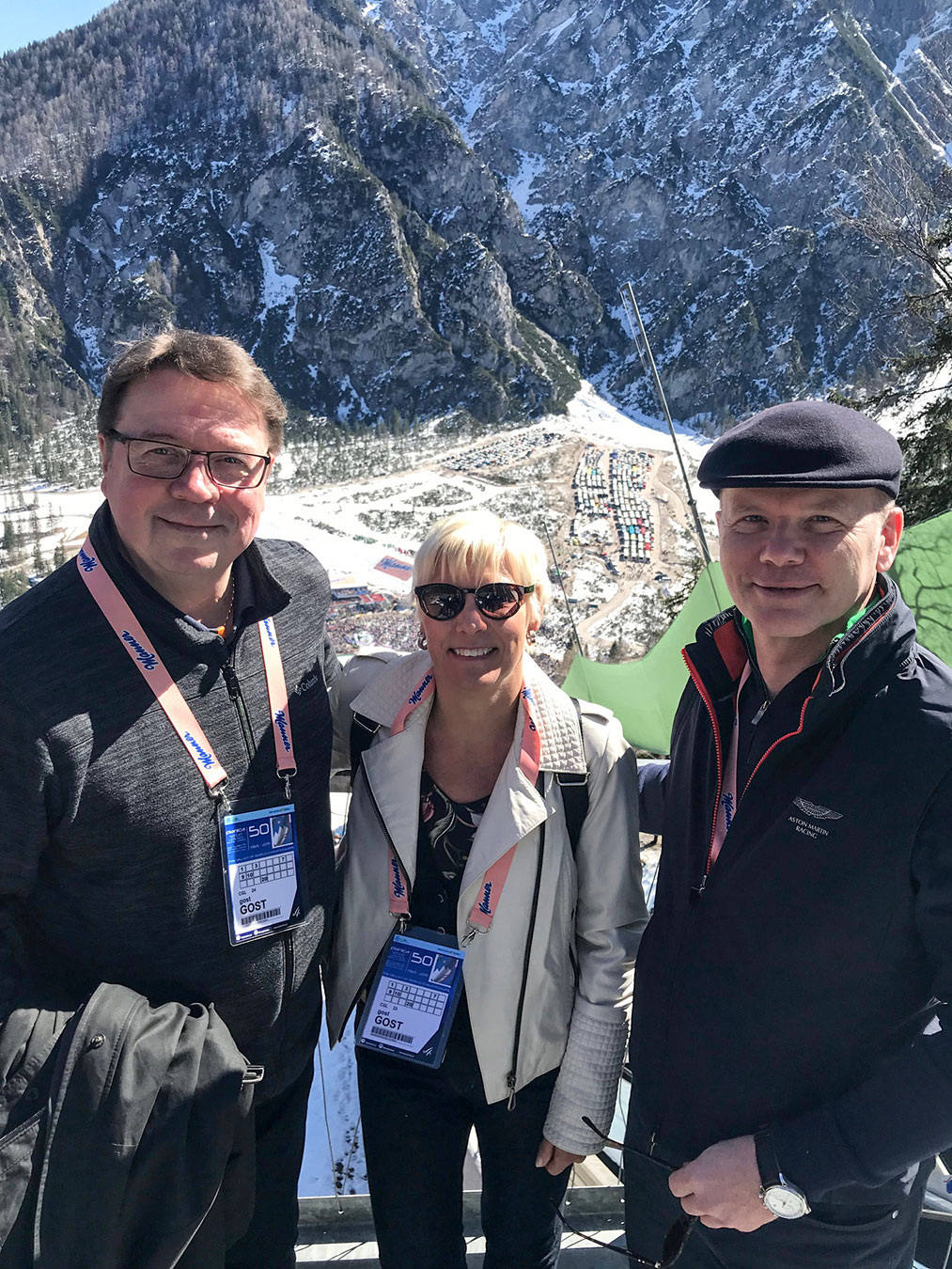 Mr. Ambassador with his wife in the mountains (Photo: Private archive)

Do you want to know more about Spain, the operation and mission of the Embassy of Finland in Hungary? Are you interested in Spain-related programs and events? Visit the Official Website of the Finnish Embassy...